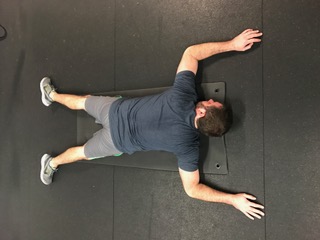 Have you been kicked around?

Do you wonder if anyone cares about your life?

These are real questions for many people. After searching the web, tv, and other outlets I have found people just like you and me do hurt. We have relationships that go south, tragic accidents that take friends and family away from us, and just overall pain associated with life. It is part of the process.

Pain, torment, and agony dominated my life. Life was spent wondering how to end it, wondering if all the pain was worth it. This was during the most vulnerable years of development, middle and high school. It felt like me vs the world. I could care less about the people around me.  Every day was a struggle. Many days I would beg to stay home, because I was done with the torment that started at the bus stop continue throughout the day.

You could say I was different.

1. I did not come from money

2. I did not have fancy designer clothes

3. I was born with a disorder that made me look different.

My childhood was filled with bullies who made it their mission to single me out, tear me down, and mentally destroy me. They completed the mission.

I was living on the inside instead of seeking help and counsel from professionals. Professionals cost money that we did not have. I turned to wrestling to channel the anger that had built over the years. It worked well.

When I started my goal was getting bigger and stronger so that wrestling was easier. My first season I weighed in at 186 and 6 feet 2 inches. I was tall and skinny. However, as fitness became a bigger part of my life that 186 pound athlete turned into a 212 pound beast. While the physical appearance grew healthier and stronger, inside the battle raged on.

The torment finally climaxed during a local wrestling tournament. In the first match my opponent decided to throw me from the ring. After being thrown out of the ring something clicked inside of me that is unexplainable. No longer did I care about wrestling, but vengeance.

He attempted a single leg takedown. My counter consisted of a sprawl & hookshot to the nose. We along with the mat were covered in blood. They cleaned up scene while the referee debated disqualification. However, at that young age I was very good at deception. Despite my penalties, I won the match.

Downtime consisted of food, study, and practice. I was a student of wrestling. That first incident was just a small ember of what was to come.

The next match was on the far end of the gym. It was against an athlete from a very well known Northern Virginia team. Something seemed different about this match from the start. I could not put my finger on it. This was the only day that my entire family was present for a match in my entire High School wrestling career. Little did they know what was going on inside my head.

Takedown after takedown, counter after counter, and finally there was the push that took me over the edge.  I was shoved to what seemed not to be something of the wrestling world, but more an attack on my soul. It’s hard to explain. I stumbled and regained my balance after being hit. Not long after another soul shocking push and I hit the mat.

You know how people say they “see red” when they reach rage? Well that doesn’t happen. At least for me it did not. At the moment when my back hit the mat it was as if every single dark moment in my life from the bullying to family dysfunction entered my body in an unexplainable way. As I moved about the ring I could feel my body loosening up. It no longer was a wrestling match in my mind. It turned to total destruction.

The first hit was a quick right hand hook to the jaw, which rattled his body to full collapse. Before I could here the thud the next debilitating blow came from a fast launching speed kick to the groin. As he struggled to roll over and catch his breath another body kick directly into his ribcage knocked the wind from his lungs. At that point I was in a full sprint to bash his face into the mat with my fists. It was at this moment that my wrestling coach bolted across the mat and knocked me off of him before doing any more damage. As we rushed off the mat, both teams nearly collided in a violent explosion. Benches were cleared and people were in awe of the chaos which had taken place.

Nearly a year later I was a ticking bomb. A wrestling acquaintance had won fair and square. However, once again rage began to permeate my veins. As I entered the locker room I could feel the evil spreading within my soul. Within five minutes twenty lockers were demolished.

That resulted in suspension from school for one week and the wrestling team for two weeks pending a mental evaluation. That same year my best friend died in a car accident and life continued hitting me with event after event of painful memories and sadness.

If it had not been for my coaches, I may not be here today. Most of my childhood was spent screaming at the cosmos as God was not something comprehensible to me. I knew something was out there, but it was not till much later that we met. Many nights were spent crying trying to figure out what the point of living was. I was letting circumstances dictate my life. Had my coaches not interrupted this sequence of events, tragedy could have come to Richmond, Virginia. I could have easily hurt or ended my life along with others. However, as hope had it, that was not the case.

My point in this post is not for your sympathy. It is to share with you fact that YES we do hurt. All of us hurt for one reason or another. It is a part of life. However, WE have the ability to choose how our lives turn out. I encourage you to change someones life NOW, not tomorrow. Do this by doing the following:

2. Share your story with the world in the comments section. You never know whose life you may change by sharing your message.

3. Encourage someone to seek help to change their situation. All it takes is a phone call.

Thanks for reading! I value your feedback tremendously!

Curious about my disorder? CLICK HERE to learn more.